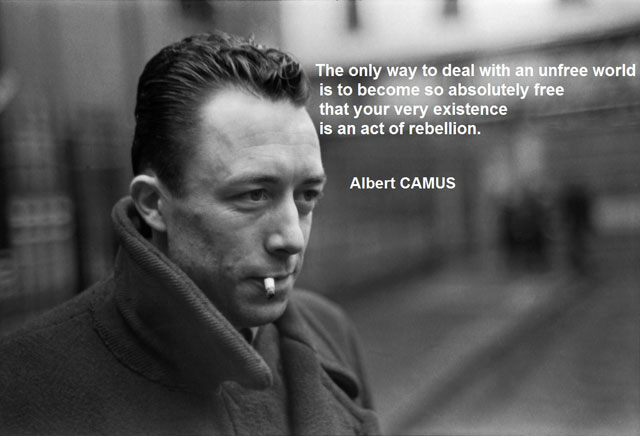 An anti-communist playwright, journalist, director, novelist, political essayist, activist, and vehement denier that he was a philosopher,Albert Camus.
His philosophy has been classified absurdist, continental and existential. Ultimately he raised questions such as “There is only one really serious philosophical question, and that is suicide.” “The only way to deal with an unfree world is to become so absolutely free that your very existence is an act of rebellion.”

Social Commentator, as in not given to the actual art of psychology, although touching on related subjects enough so that he and his work may present themselves as good anecdotal material. His writings describe the innermost war that has plagued our society for the last hundred years. Existentialism with a heart.